I'd like to think this is nothing more than a hyped up news story like swine flu & other previous potential pandemics -but something about this has got me a bit anxious. China is quarantining cities with populations in the millions. 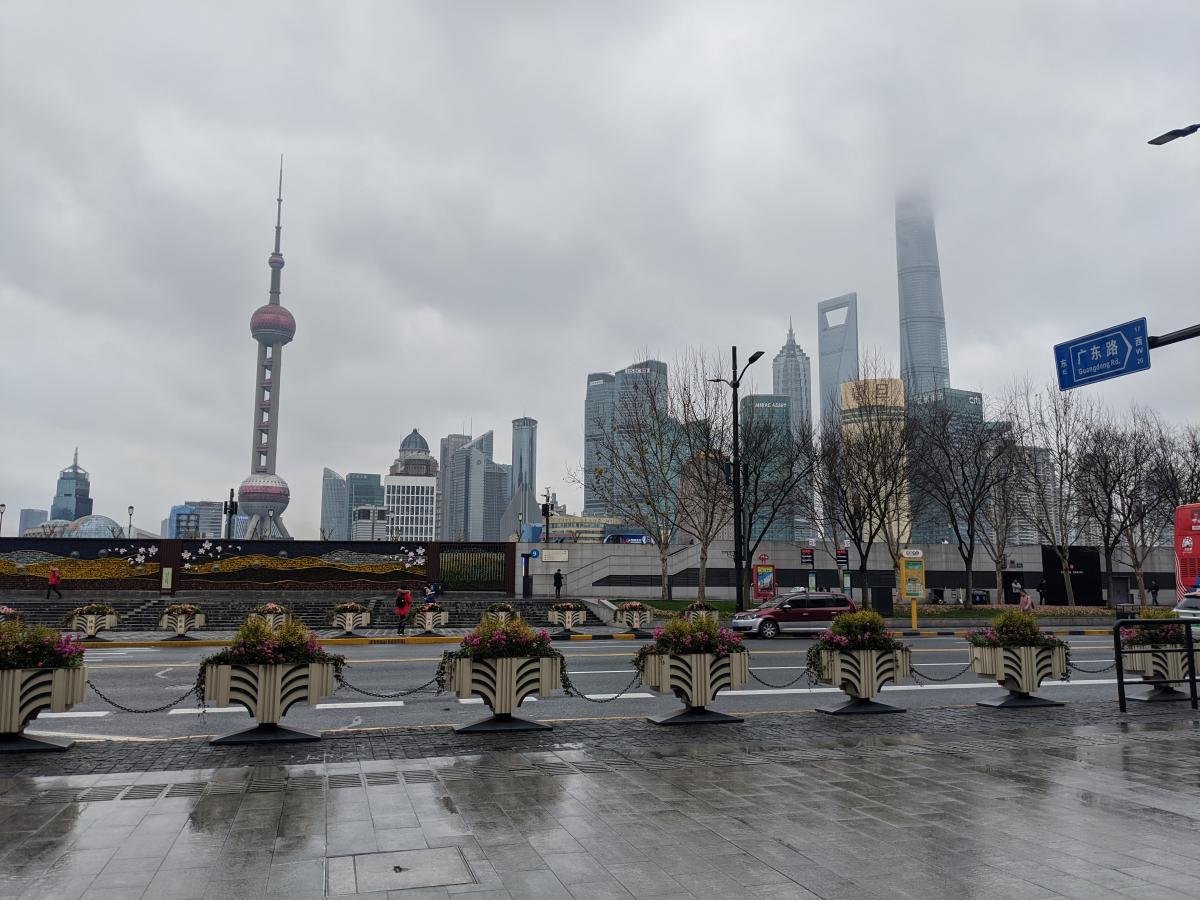 'Everywhere we go is closed.'

Dramatic images show how Shanghai - one of the biggest cities in the world - is now a “ghost town” amid the outbreak of coronavirus.

Brit Molly Holt today told Yahoo News UK how she started her east Asian travelling holiday in the Chinese city three weeks ago, before the widespread outbreak of the deadly disease.
Ms Holt returned to Shanghai for the final week of her holiday, only to find the city’s famous hustle and bustle has completely disappeared.

“Shanghai is a very different place compared to three weeks ago.

“Everywhere we go is closed. Nobody is on the underground. Shanghai has lots of shopping malls, and though all the shops were open, there was no one there. The workers were there, but no visitors to the shops.”

Of the atmosphere in the city, which has an estimated population of 24 million people, Ms Holt continued: “There is definitely
fear. 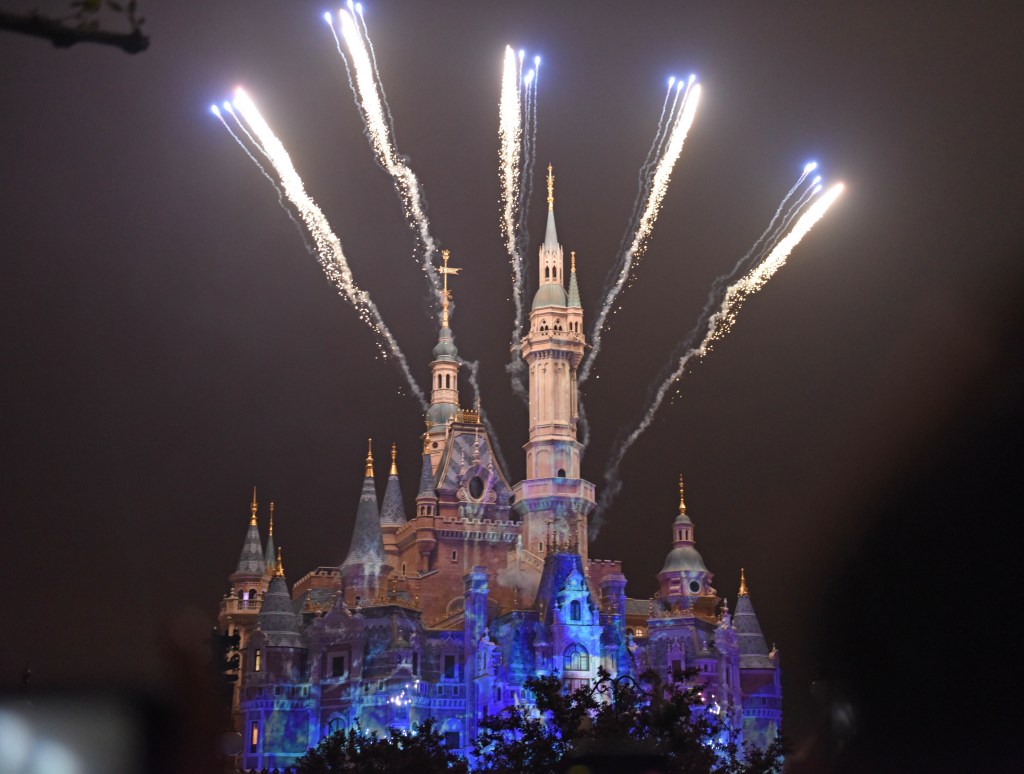 As of Friday, the Chinese government has issued a travel ban that affects 35 million people. Not only can they not travel, but their leisure activities are severely curtailed, which means a severe …

As of Friday, the Chinese government has issued a travel ban that affects 35 million people. Not only can they not travel, but their leisure activities are severely curtailed, which means a severe economic impact on China and its business partners is inevitable.

The government has closed all theme parks, including Hong Kong Disneyland, Ocean Park, Shanghai Disneyland and Disneytown, and the country’s movie theaters are also shuttered. Concerts aren’t being held, and even McDonald’s and Starbucks are closed in certain cities. In the special administrative region of Macau, casinos are still open. However, dealers have to wear masks, and the government may soon shutter the venues, which are mostly owned by US-based companies.

76 of the 81 deaths occurred in one locale, so I suppose that's good news for us. Scary chit.
Reactions: JoeBfishing

just came across this headline: 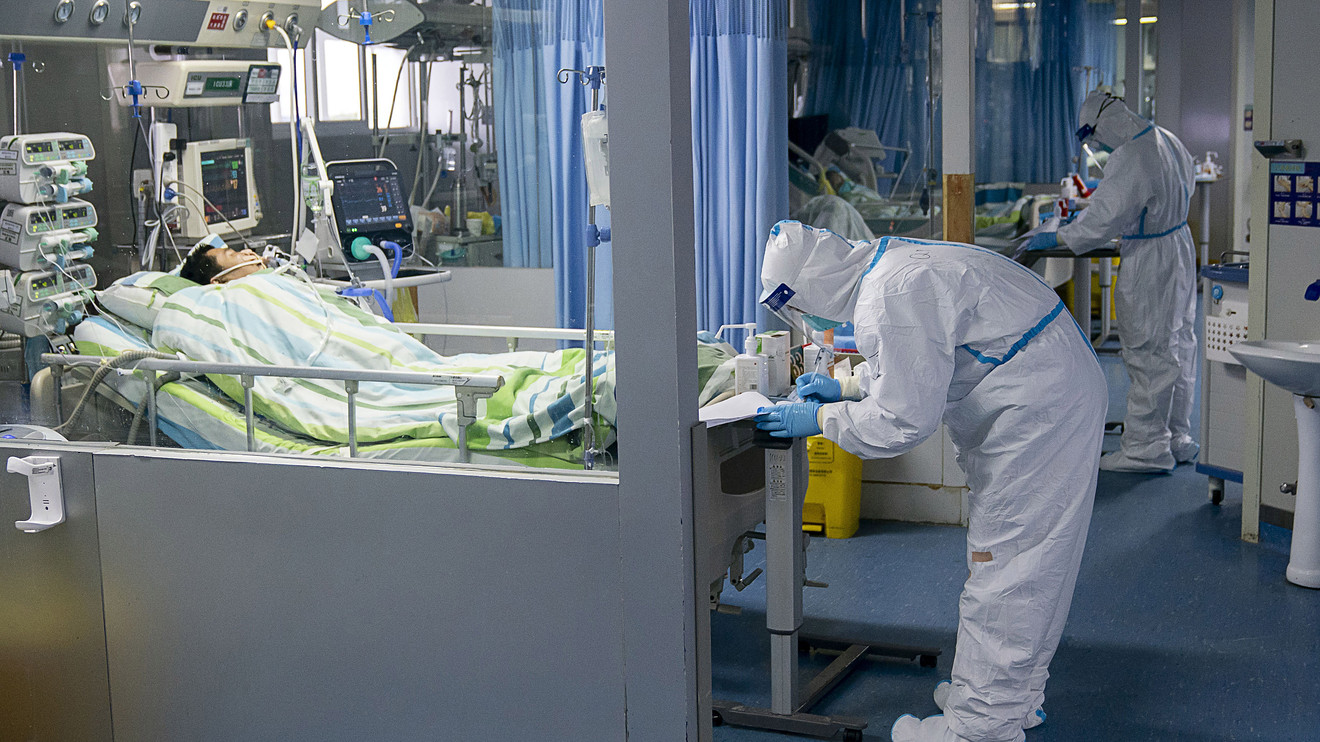 ‘From observations, the virus is capable of transmission even during incubation period,’ Ma Xiaowei, the director of China’s National Health Commission, said.

So 5 million got out of the epicenter of this BEFORE it could be locked down. What is scary about this virus is that it is contagious DURING the incubation period of 2 to 3 weeks. Meaning people who are infected don't know they are infected as they are showing no symptoms but are still capable of infecting others.

Very much unlike SARS or Swine Flu which were only contagious once symptoms appeared.

So in addition to outbreaks in China:
The new virus has also infected people in Hong Kong, Australia, Malaysia, Thailand, France, Japan, Taiwan, Vietnam, Singapore, South Korea, Macao and Nepal. The U.S. State Department ordered the evacuation of all U.S. personnel at the Consulate in Wuhan.

The Brits are attempting to track down 300 people who traveled to the area & returned to Britain prior to the lock down & try to get them quarantined. Meanwhile they could be spreading it willy nilly across the UK.

This is making me think of that Stephen King novel - The Stand. Could this be Mr. Trips?

jpd said:
76 of the 81 deaths occurred in one locale, so I suppose that's good news for us. Scary chit.
Click to expand...

if you shrink-down (or pan out - don't which is the correct term) the tracker at that link I posted above - you'll see 5 reported cases in the US. These are people already displaying symptoms. How many did they come in contact with prior to becoming symptomatic?
D

Ok so without getting political what should we do to mitigate this from becoming an epidemic here. SMH
D

110 cases under investigation in 26 states. 5 confirmed so yeah let's not make this political let's all sing kumbaya and hope it goes away

ROTFLMAO at the speculation, and whining and gnashing of teeth already on this topic. My scientific curiosity has me following it, and in my scientific opinion there isn't enough hard data to begin answering the important questions.
However, I guess there's ample speculation to formulate pseudoscience and conspiracy theories.

Curious as to what you consider the "important questions"

Do we want another Ebola scare like we had before? Should we just " see where this goes" ? This has the potential to become a very bad situation if action is not taken. But I guess you are right we should just bury our heads in the sand and wait till ...oh I dont know maybe wait till it kills 1000 people before we act.
D

This way we let that up to 2 week incubation period do its work. Its 2 to 14 days with the average of about 5 days. Just think about all the people you came in contact with over the last 5 days that you could possibly have infected if you had it.

Dx life Rx fishing said:
Curious as to what you consider the "important questions"
Click to expand...

I should have been more complete in my post. I was commenting about how the thread was starting to become comic relief with political tones and pseudoscience which I find to be most humorous, but typical when a bunch of fisherman try to play junior epidemiologists, virologists and immunologists. Please don't stop on my account.

Never said that that the current practice of quarantine and travel restrictions are not good ideas, as they absolutely are, especially when the scientists are trying to characterize this little beastie. It's no secret that right now this is the only way to slow down and hopefully stop the thread and the most effective tool we have at the moment.

My "important questions" are more of a cellular, physiochemical nature, both in terms of the non-human and human vectors and hosts. Just how fatal is this virus? Right now, IF the data are accurate, we're looking at a 2.4% fatality rate, which is very worrisome, but nothing like the 10-20% rate for the global 1918 Spanish Flu outbreak. I'm fairly sure that health care and epidemiology have made great strives in the last 100 years that if applied to the Spanish Flu outbreak, would have significantly lowered that number.

Symptoms of the Wuhan virus
The World Health Organisation says that symptoms of this disease include common symptoms seen in pneumonia. Be alert to signs of fever, cough, shortness of breath and breathing difficulties. This virus affects the lungs. However, patients have no symptoms of a sore throat. In severe cases, this disease can lead to pneumonia and severe acute respiratory syndrome.
Treatment of the Wuhan virus
There is no medication that specifically targets this disease. Prevention is the only option here. Isolation of a patient is of utmost importance. Since it is not a bacterial infection, antibiotics do not work. For fever, you can take a paracetamol. Doctors can only treat the symptoms and not the root cause of the disease. In this case, there is nothing much that doctors can do. It is only management of the disease and the patient may need life support. In the end stages, the Wuhan virus causes kidney failure and even death. But there may be hopes for a cure soon. Experts across the world are scrambling to find a vaccine for the Wuhan virus at the earliest.

Based on existing data, the new coronavirus appears to have around a 2% death rate, which puts it on par with Spanish flu fatalities in the UK in 1918.

Roccus7 said:
Just how fatal is this virus? Right now, IF the data are accurate, we're looking at a 2.4% fatality rate, which is very worrisome, but nothing like the 10-20% rate for the global 1918 Spanish Flu outbreak.
Click to expand...

Based on existing data, the new coronavirus appears to have around a 2% death rate, which puts it on par with Spanish flu fatalities in the UK in 1918.

Hey , I’m a GBS survivor, this stuff is a cake

wader said:
Based on existing data, the new coronavirus appears to have around a 2% death rate, which puts it on par with Spanish flu fatalities in the UK in 1918.

Based on existing data, the new coronavirus appears to have around a 2% death rate, which puts it on par with Spanish flu fatalities in the UK in 1918.
Click to expand...

UK vs Global Rate... Read the complete sentence, it's important in epidemiology.

Here's something from the CDC, estimating a 10% global death rate:

The 1918 influenza pandemic was the most severe pandemic in recent history. It was caused by an H1N1 virus with genes of avian origin. Although there is not universal consensus regarding where the virus originated, it spread worldwide during 1918-1919. In the United States, it was first identified in military personnel in spring 1918. It is estimated that about 500 million people or one-third of the world’s population became infected with this virus. The number of deaths was estimated to be at least 50 million worldwide with about 675,000 occurring in the United States.

But if I crunch the US death rate, it comes out to around 2.5%, using that 675M number against a population of 103MM that had a reported 25% infection rate.

I'm no scientist but I do believe we're crazy for letting in any flights from the region. For those Americans that need to come home, they too should wait until they have been cleared.
Reactions: jpd

george said:
I'm no scientist but I do believe we're crazy for letting in any flights from the region. For those Americans that need to come home, they too should wait until they have been cleared.
Click to expand...