Just in time for Thanksgiving, two traditional items off the Maine menu!!

State to expand testing of deer, and add turkeys, too, after ‘forever chemicals’ found in Fairfield-area animals​

By Kaitlyn Budion November 24, 2021
FAIRFIELD — State wildlife officials plans to expand the testing of deer and to also monitor at least one other animal following the discovery of high levels of “forever chemicals” in deer found in the Fairfield area.

The state Department of Inland Fisheries and Wildlife will develop a far broader testing plan for the region before next year’s deer hunting season, agency spokesman Mark Latti said Wednesday.

“We are meeting next week to start coming up with best way to initiate a testing plan and what the parameters should be,” Latti said. “This is something we are moving very fast on and recognize that we need more answers.”

Turkeys also are hunted in the state and will be included in future testing, Latti said. State officials are concerned about so-called forever chemicals being passed to people through contaminated animal meat.

Inland Fisheries and Wildlife announced the findings Tuesday of early rounds of testing on deer and issued a do-not-eat advisory. The announcement came well into deer hunting season, days before it comes to a close. Latti said the department harvested deer to test before the season began but had to wait several weeks for results because of a backlog in processing orders.

The Maine Department of Environmental Protection has an ongoing investigation in the Fairfield area focused on well water contaminated with PFAS, which are often called forever chemicals because they do not break down in the body or the environment.

PFAS, which stands for per- and poly-fluoroalkyl substances, are a group of man-made chemicals that repel both oil and water. Created in the 1940s, they have been used in a wide variety of consumer goods and have been linked to a number of health concerns.

PFAS contamination in the area is likely the result of the spreading of sludge, a wastewater treatment product, as fertilizer, state officials have said. In recent years the chemicals have been found in the soil and water in the area. The PFAS make their way into the deer when the animals drink contaminated water, Latti said, and possibly by eating plants grown in contaminated soil.

He also said that the chemicals can be passed from a doe to fawn in utero.

Those who have hunted deer in the Fairfield area this year or in past years are advised not to eat the meat or organs, and dispose of them in the trash or landfill. Hunters who have already taken a deer this year can contact Inland Fisheries and Wildlife to get an additional deer tag for next year’s hunting season.

Some hunters may consider testing their meat for PFAS but it’s a difficult process. There are no labs in Maine with the capability, and only a few nationally that can test meat for PFAS, and of those some do not accept samples from individual people. The process can also be expensive, costing $250 or more for one sample.

State environmental officials are planning to test for the chemicals in all areas of the state where the sludge was approved for use.

Maine is not the only state to issue a do-not-eat advisory because of PFAS contamination in deer. New Hampshire and Wisconsin both have similar advisories for deer liver, and Michigan has a do-not-eat advisory for both organs and meat from deer hunted within a three-mile radius of a vast wetland in the northeastern part of that state.

David Trahan, executive director of the Sportsman’s Alliance of Maine and former state legislator, said he was shocked by Maine’s advisory. As someone who grew up in the Fairfield area, he said this is personal to him.

“I’m a veteran of politics and not much rocks me, but this one did,” Trahan said. “Because the implications go way past deer, it potentially affects everything that lives on the land.”

Trahan said he was concerned about Maine residents who supplement their diets by hunting deer and other animals. The alliance will urge the state government to act quickly, he said.

“The chemicals are there, there’s nothing we can do about that now, but we can get ahead of it and address it,” Trahan said. 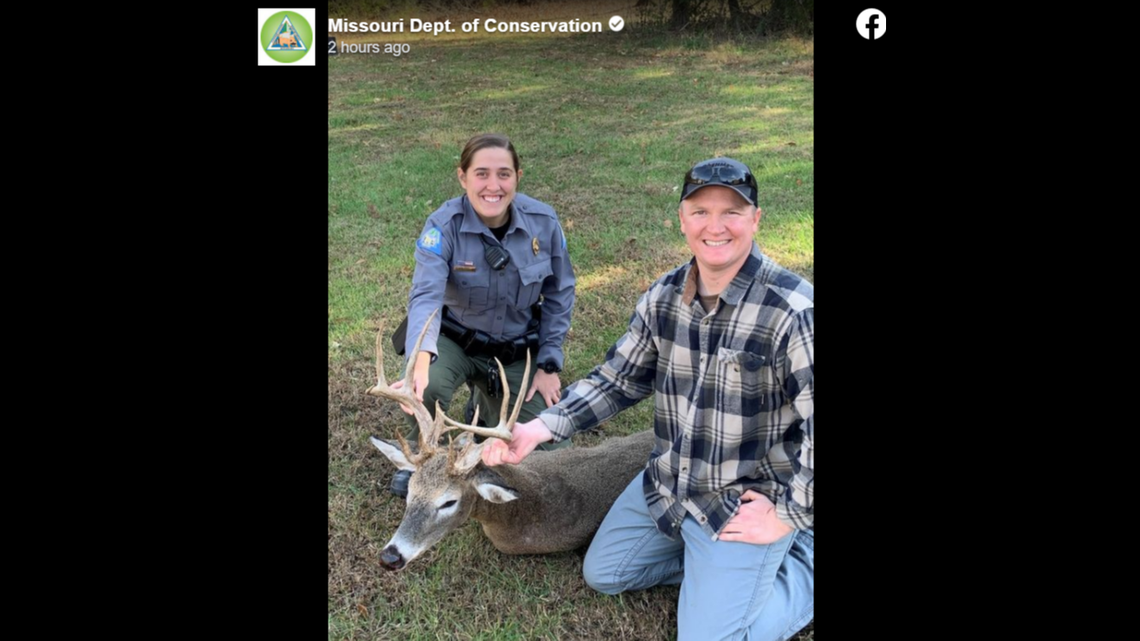 Upon closer inspection, the hunter quickly noticed something was amiss.