Part 1 of a special series on the Long Island Sound

This is the first of a series of special podcasts George will be hosting that is related to the Long Island Sound. Professor Eric T Schultz headed the Long Island Sound Tautog Study. The Bio-economic Outcomes under Alternative Management Strategies with Human Choice and Behavior: Modeling Tautog and Anglers’ Preferences.

These are not recommendations and the Long Island Sound study was conducted with input from the New York Department of Conservation. and Connecticut recreational anglers by UCONN and Sea Grant from Connecticut.

If you enjoy the tautog fishery, now is a great time to get involved and be educated on how anglers feel about the...
Click to expand...

Attached below you will find the work behind the data. It's important that anglers see that there is real science and statistics to manage our fisheries. The problem in the system is when state appointees get in on it most of the real work goes out the window.

I will say it over and over, today's angler is being misinformed, by in many cases well-intentioed people that just don't understand the system.

Watch for another podcast tomorrow on Plum Island. I speak with an expert on the island and her concerns that it is For Sale to the Highest Bidder!

I actually emailed Dr. Schultz with a few ideas yesterday and he got back to me today. He seems like a great guy. I hope we can get some of my ideas into action. The partyboat owners/workers feel left out of the equation when it comes to giving input into most of these studies. I’m hoping we can bridge the gap between scientists & the people who are in the trenches everyday.
Reactions: george

I've been preaching that for decades. Hopefully the time has come.

All of this doesnt mean shit but a waste of time and money.......you want to help the blackfish get rid of the commercial market and the fish traps around every rock pile from the throgs neck bridge to CT.....that fish 24-7 all year.....thats the problem....

secjurny said:
All of this doesnt mean shit but a waste of time and money.......you want to help the blackfish get rid of the commercial market and the fish traps around every rock pile from the throgs neck bridge to CT.....that fish 24-7 all year.....thats the problem....
Click to expand...

I couldn't agree more. I was at the table when the current law was put in place. At the time the lobster industry requested to keep the tog they caught as bycatch. There was no directed pot fishery for tog, and they made their case so we agreed. But we were assured back then that it was a very small number.

As the lobster fishery declined we recognized the move to tog and requested that all pots set for tog be registered. Now that there is no targeted fishery for lobster, the 4 million pound a year fishery that disappeared with no explanation yet, and the fact that tog which are paying more per pound live than lobsters were, we need to know what's going on in this fishery.

Today it is still the only unregulated fishery in NY. They will argue that as the law we wrote keeps them at 25 fish a day. But to this day we have no clue how many pots there are, who owns them. This chart below shows the ever-increasing value of tautog and therefore the ever-increasing pressure.

So as the commercial price and value have skyrocketed from a mere $86,000 in the year 2000 to a high of $738,708 last year, recreational anglers in New York have seen severe reductions in both bag and season.

While this was happening recreational anglers using hook and line were reduced in our quota by slowly but surely reducing our season, increasing minimum size limits, and reducing our bag limit.

In the year 2000 the regs for recreational anglers were NY were a 14” minimum size limit and a bag limit of 10 and the season was open year-round. We're now at some crazy reg where you can keep only 3 in the sound and 4 on the south shore. And we're basically limited to like a 40-day season. Somehow the traditional hook and line recreational fishery has been handed over to the unregulated pot fishery.

I have a lot more to say on this subject, but the fact is this has been a huge transfer from the rec side to the com side, as we continue to allow these pots go unregulated, and the price of tog continues to climb. In the meantime, many of the charter captains that would much prefer to take anglers fishing for tog have been forced into potting as their seasons continue to shrink.

Much more coming on this including an effort to register every pot targeting tog. We need to know how many are out there. I also think DEC should do exactly as they did in the lobster fishery with very pot tagged so they can easily be traced back to the owner.

There is some good news on a federal level implementing a tag program that would have went into effect had it not been for covid-19. ASMFC heard the cries of recreational anglers up and down the coast. You can find out more about the tagging program here. 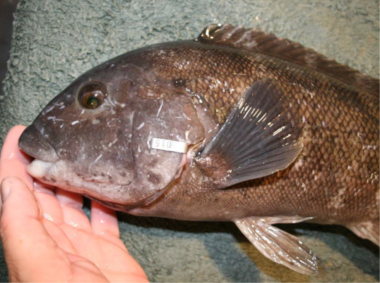 Tautog are resident fish, meaning we can't blame other states, like we're always doing to New Jersey. Connecticut has no potting for tog so we can't blame them. Check back here often as we work on getting all of the pots registered and allow DEC to charge a permit fee just as they did in the lobster fishery.
Reactions: BennyV

While we’re at it lets also add some of the PBs and the shore anglers that keep shorts.

While I agree with you that the pots are huge issue Harry. Calling this research a waste of money and time is shortsighted. This research is where the regulations for everyone else come from. I’d rather have some say in that then none at all, but hey that’s just me.
Reactions: george

You are 100% right Benny. I go to these meetings - in spite of my life being threatened - and I've seen what the results are. At the last tog meeting, there was a Long Island Captain, the only boat now sailing out of Huntington, and he was screaming and cursing at a 20 something-year-old girl from ASMFC who was simply trying to explain the numbers. He was an embarrassment to both the coms and the recs. All of his screaming and cursing didn't work out well as he's now got a 3-fish bag while the south shore has a 4 fish bag. Coincidence? I don't think so. It was his big mouth that ended up screwing all of us that fish the sound. How the other charter boats fishing the sound can't see it is beyond me.

I learned long ago you need to play the game by the government's rules or we will lose in the end. They listen to us when we present a clear and concise message and play by their rules. Screaming, cursing and ignoring the process never wins.
Reactions: BennyV
Show hidden low quality content
You must log in or register to reply here.
Share:
Facebook Twitter Reddit Pinterest Tumblr WhatsApp Email Share Link