My buddies in NJ are circulating this petition, please help by signing, sharing and spreading the word. Let's protect the breeders and let's do it b4 this fishery is decimated by regs! Many thanks

Started an on-line petition using Change.org to send a message to Washington that the current regulations in place intended to safeguard and grow the stock are in fact based on their own data causing the stock to decline substantially. If we want this fishery to survive and be available to future generations as its been to us, I'd ask every Member of this site along with Sponsors to please take a minute to sign. The link is as follows: 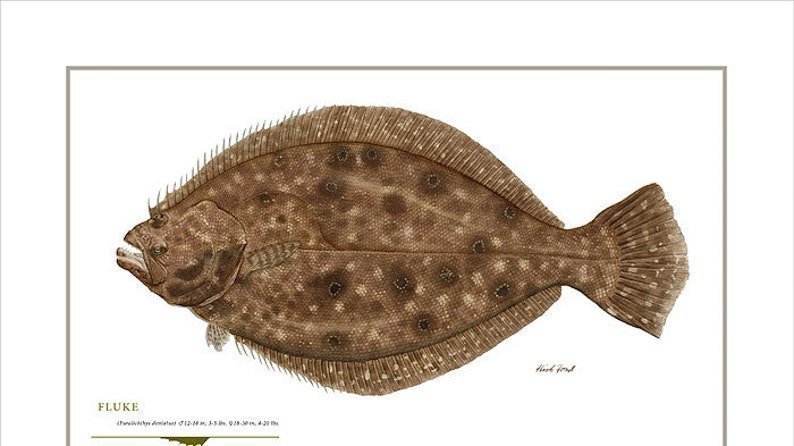 As previously mentioned, I'll have a document ready to send in about a week to Gina Raimondo, Secretary of Commerce with copy to NOAA, NMFS, Northeast Fisheries Science Center, all state members of the Commission and Council as well as State and Congressional Representatives associated with the shore based districts for states of the Mid-Atlantic and New England Regions who share in this fishery and have the most to lose if this fishery continues it's decline.

The current regulations are killing this fishery. Size minimums went too far causing substantial declines in the spawning stock population, mature female population, recruitment statistics accompanied by levels of discard mortality never before seen. We're harvesting the wrong age classes, killing younger age classes in the process and without changes to the regulations this fishery will in fact continue declining.

If donations to groups fighting to preserve access rights and protect this extremely important fishery isn't your thing, I can understand that. I'm asking everyone to take 5 minutes of your time to sign an on-line petition which can be sent to Washington and our elected officials to demonstrate our resolve and send a clear and unequivocal message voicing our concerns about how this fishery is being managed and the immediate need to change todays regulations back to the regulations in place in the nineties that promoted unprecedented growth in this stock.

I appreciate your understanding and support in advance. We need to get the word out and get as many people as possible to sign this petition. We're at the time of year when 2022 regulations will be discussed and decided on so now is the time to act. To sign, simply click on the above link and go to the bottom of the page and fill in reason for signing and then hit post. Example of reason for posting can be "Population has declined by over 70 million fish in a ten year span due to the current regulations. We're harvesting exclusively fish comprising the spawning stock, killing younger age class fish in the process, killing a disproportionate number of females causing a 50% decline in the female population which in turn has decimated yearly recruitment". Or simply" Fisheries management replaced regulations which promoted the most explosive growth in the fishery during the nineties with higher recreational size minimums causing the stock to decline every year over the last decade." NMFS replaced regulations which worked with regulation that don't, they need to change otherwise there will continue to be catastrophic social and economic consequences to small businesses, the commercial and recreational sectors, the fishery itself and the economies of shore based communities as well as the many businesses dependent on the health of this stock.

I'm loathe to sign until I see proposed changes to the regulations, especially something coming out of "We want to kill more fish NJ!!!!"
Last edited: Nov 18, 2021

Roccus7 said:
I'm loathe to sign until I see proposed changes to the regulations, especially something coming out of "We want to kill more fish NJ!!!!"
Click to expand...

ASMFC has ensured that large female Striped Bass are protected on the entire East Coast by mandating that all Stripers over 38" are released. Wouldn't you want to see a similar mandate for fluke breeders?

hartattack said:
ASMFC has ensured that large female Striped Bass are protected on the entire East Coast by mandating that all Stripers over 38" are released. Wouldn't you want to see a similar mandate for fluke breeders?
Click to expand...

I agree 100% with the sentiment, but I never sign "blank checks", especially internet-initiated ones originated in NJ. You should see how NJ has continually skirted and circumvented ASMFC proposals with striped bass. If I'm going to sign something there MUST be some specific mention of exactly how to change the regs. Regrettably this proposal has none.

BTW, the striped bass cutoff is 35" and greater, something I'm a very a strong advocate of.
Last edited: Nov 19, 2021
Reactions: danboy

Thanks Roccus - the petition is to raise awareness (across states) to the governing bodies, not to solve this mess with specific parameters.

To all NYAnglers: please sign the petition to alert the Regulators that Fluke regs need improvement b4 our favorite flatties are history, thanks!

I also hate to sign something like this without any parameters but after catching nothing but weakfish after the month of June (just counting keeper size of any species) will sign this. I would be in favor of a slot limit of 18 to 22 with a bag of two, but that's just me and I would expect the guys with the ocean going boats would rather die (and experience continually declining numbers of fluke of any size) than go along with that ! (and that this is coming from "kill them at any size" New Jersey is a shock.)

I may be a Jersey Guy but this fishery needs a United front to preserve it. Documents will be sent to our various agencies next week that will show that the regulations are at fault for the substantial decline in the stock, and if the size fish being harvested in this fishery doesn't revert back to the age classes we were harvesting in the nineties, declines will continue until the spawning stock is so damaged its chances of recovery are bleak.
Using the very data that these agencies provided thru the years , next week's comprehensive document will prove that raising the minimum size regulations has historically clobbered the Fluke fishery. The stock did significantly better when allowablw minimum size was < 16", thus ensuring that male fish were keepers.
I will have this document available next week, but it contains many graphs and spreadsheets that may prevent it's posting here. I am happy yo share it when available.

Under the 19" limit would be what I would want, and it certainly would allow the "little guy" relegated (financially) to fishing off a dock to take home dinner once in a while, and who really needs such large bag limits ? Cut it in half to two ! Yeah, yeah, the commercials (as in party boats) will scream ! Money as usual will talk !
Reactions: Fluke Whisperer
Get in on the fishing talk and join now!
Continue with Facebook
Continue with Google
or sign up with email
Show hidden low quality content
Share:
Facebook Twitter Reddit Pinterest Tumblr WhatsApp Email Share Link