Got a porcupine that has taken up residence under one of my decks. Don't want to kill him there, because getting the carcass out will be well nigh impossible. Not a fan of Have A Hart trapping, lest I end up with a skunk. I'll shoot the SOB if I catch him out during shooting hours, but we've never met.
Attach files
Is there something like mothballs that I could throw under the deck to dissuade him from residing there??

It is abhorrent to some of the Lawnguyland mammals. No porkies here, I thimk. 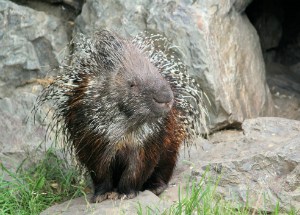 How to Get Rid of Porcupines: Easy Control & Prevention