FredAZaiter said:
Congratulations guys...I just had chance to fish for flukes four time due to health problems, won 1 pool and limited out 4 times..Not too bad for an Oldman...
Click to expand...

Thank You very much Boss

Is it fluke season yet? Daaaayam! 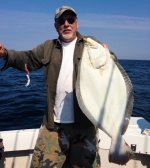 Fred, good to see you here.

Hope all is well. 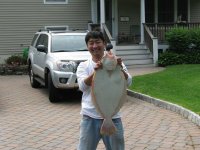 I'm ready, bring it on.
Reactions: Chinacat, Leprechaun, FredAZaiter and 1 other person

Leprechaun said:
Man, this is taking FOREVERRRRR!
Click to expand...

five weeks till it opens and another four till they show up..

Capt Richie said:
five weeks till it opens and another four till they show up..
Click to expand... 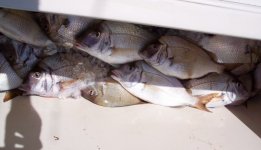 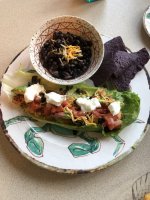 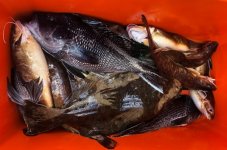 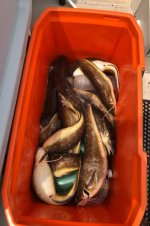 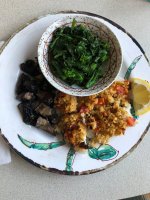 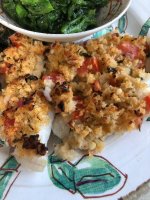 think I'll do some offshore bottom fishing cod. maybe even a tuna ..haven't done that in a few years ..how we get weather
H

Nice, I had some good trips ,inside,
Reactions: george

Hello everyone; been a while. Got out today for the first official Fluke trip of 2021. Water was a crisp 53-54 degrees. Heard some chatter of a few fish around Norton's Point and Coney Island. Weather was beautiful and water was super clean. Overall action was slow with a few flurries here and there. Focused on the shallower drops in this colder water. Squid was a must on whatever we presented. Good to get out! Pix Attached - More to come! 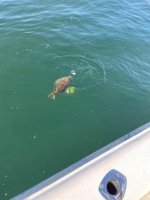 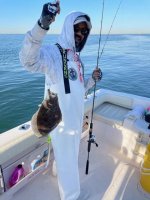 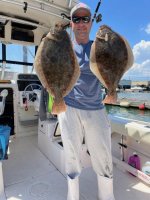 Reactions: george, longcast, MOJOE and 3 others

Way to go, Frank. My charter today struggled through a ton of birds and Bluefish to land just one 21" keeper and a couple of shorts for the last 3 hours of the ebb. Thank God for the Porgies which are bailing everyone out in the Peconics so far.
Reactions: george, longcast, MOJOE and 1 other person

captmike28 said:
Way to go, Frank. My charter today struggled through a ton of birds and Bluefish to land just one 21" keeper and a couple of shorts for the last 3 hours of the ebb. Thank God for the Porgies which are bailing everyone out in the Peconics so far.
Click to expand...

Thanks again Capt! Looking forward to some tog in the fall. 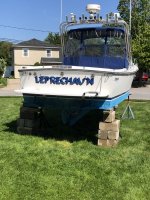 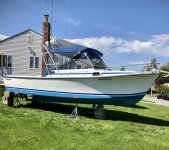 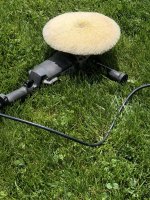 Saturday found the Matt party aboard and we began the morning spending the last 3 hours of the ebb tide along with a light west wind on the Fluke drifts in the Greenport area. Action was fast and furious except for the fact that 95% were of the dreaded Sea Robin variety. The guys worked extra hard and did manage to cull one 21” keeper Fluke among 2 other shorts. Also, for the first time this season the Bluefish made an appearance and we boxed 4 nice fish between 4-7# for the grill/smoker.

So, the next logical move was to the west side of Jessup’s Neck to cash in on the very reliable Porgy bite. Once again, the big spawning Pork chops were present in large numbers and the crew had a great time filling the box with medium to some close to jumbo Scup up to 3# on fresh clams. We also played C&R with a few nice Sea Bass and added a couple of additional Blues that enjoyed the clam baits just as much as the Scup. Nice freezer filler trip for a great bunch of guys.

Sunday, we followed the same pattern with the Chris party and although the birds were still overwhelming at times, we did see more Fluke in the mix. Managed 2 keepers at 19” and 20” along with 7 more shorts. Interestingly while we did catch 4 fish during the better drifting conditions, we actually had a brief flurry with 6 fish taken in about 20 minutes right at the bottom of the tide…strange! Nailed a couple of Blues during the early part of the morning as well.

Back to “Porgy Central” for the flood tide and the Scup were waiting to jump on the hooks even before the chum pot hit the bottom. A solid 2 hours of practically non-stop action filled the box with dozens of fat Porgies, similar size to Saturday’s haul plus more of those beautiful “Heartbreak” Sea Bass that had to be returned. A couple more Blues also joined the party to round out the catch. One more oddity on both Saturday and Sunday while on the Porgy grounds the anglers caught 2 Butterfish on each trip. Have not seen that in many years!

So far, the results this spring look very similar to last year. A very solid to, at times, insane Porgy bite and a ton of birds making it difficult to get the baits in front of what Fluke seem to be hanging around the Peconic Bay system. Hopefully as the water temps begin to pass the 60 degree mark the Fluke will become more aggressive and beat those “angry birds” to our baits. Only way to find out is to get out and give it your best shot.

Memorial Day weekend is fully booked but surprisingly I am still open for this coming Sat, Sun 5/22,23. Last chance to cash in on the spring special of a 6-hour trip for the price of a half day ($425). Give me a call if you want to take advantage. 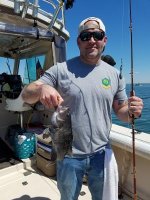 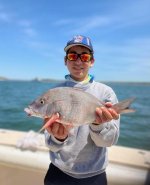 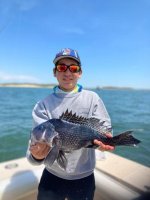 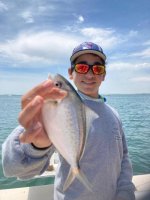 went ocean fluking today yeah I know ..but I did catch one ...

lots of life in very limited areas ..hit a few drops with only one that had fish worth catching...two dozen plus in the box thanks to Mr B. for cutting & Mr.J for a great lunch..

Jones inlet is beyond bad this morning ...all breakers no clear path out..and they were tight & tall all white water ...

Took the “Busman’s Holiday” today to enjoy the fabulous weather and see if the warmer weather had improved the Fluke bite in the Peconics.

I spent the last 3/12 hours of ebb just east of Greenport with a light NW breeze and pretty steady drift on the drops that produced about a dozen Fluke, but only 3 small keepers over the weekend. The never-ending supply of birds made things a bit frustrating but I persevered. Although the Sea Bass and Blues were still present the Fluke virtually disappeared with one exception. After striking out on the typically productive drops I moved a little west to the area where we actually had a 20-minute flurry on Sunday taking 6 Fluke and one keeper near slack water. On my second drift here, I get a solid hit on my 6” Gulp grub and following a spirited, drag stripping battle, the first quality Fluke of the season finds the deck. Right to the scale where it records 7.1# and quickly into the box as I am filled with hope.

Despite this bright spot, the rest of the day finished the way it started, Birds, Blues, Sea Bass, Porgies, but not even one more short Fluke. Made drops all they way from Greenport to the Greenlawns but very quiet on the Fluke front. While I am not even close to giving up on the local Fluke scene, I must say I can’t wait for next week’s full moon when keeper sized Stripers will be making an appearance at the Gut. 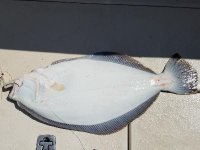 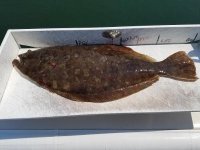