Guess they'll have to put a ban on mosquitoes while there at it.
So you can't bait. Cause that would increase chances of them living through the winter and aiding CWD. Now you cant have a place say across the line in PA and bring it home to the other side of the river.
This is as dumb as the ban on hunting wild hogs as the state believes they can better eradicate them themselves. No common sense these kid biologists they hire.
Reactions: Roccus7 and Old Mud

I had to laugh at that last sentence Rick, (Well the whole thing really). Yeah if the rednecks can't eradicate them I would think the folks in NY wouldn't have a Snow ball's chance in hell to "Git er done".
Reactions: george, Avenger and Roccus7 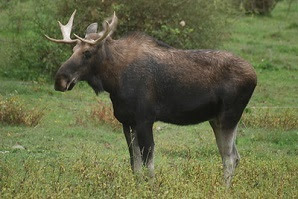 CWD is an untreatable and fatal nervous system disease caused by abnormally shaped proteins called prions. It affects members of the cervidae family of mammals; deer, elk, moose, and caribou. Healthy animals catch the disease by direct contact with an infected animal's bodily fluids or ingesting contaminated food or water. CWD is currently not known to exist in New York. DEC is working collaboratively with the New York State Department of Agriculture and Markets and the agricultural community to prevent CWD from gaining a foothold in New York.
Hunters are now prohibited from returning to New York State with whole carcasses of deer, elk, moose, or caribou harvested outside of New York. Only the deboned meat, cleaned skull cap, antlers with no flesh adhering, raw or processed cape or hide, cleaned teeth or lower jaw, and finished taxidermy products of CWD-susceptible animals may be brought into New York. Transporting carcasses through New York is still legal, provided that no parts are disposed of or remain in New York, but hunters should verify importation rules in their destination state or province.
Strong prevention measures are the best strategy to manage CWD, and prevention requires cooperation and vigilance from state agencies, the public, hunters, and owners of captive cervids.
Hunters, taxidermists, and deer processors are reminded to:
The public is encouraged to:
To learn more about CWD and what DEC is doing to protect wild deer and moose in New York, see DEC’s Chronic Wasting Disease booklet.